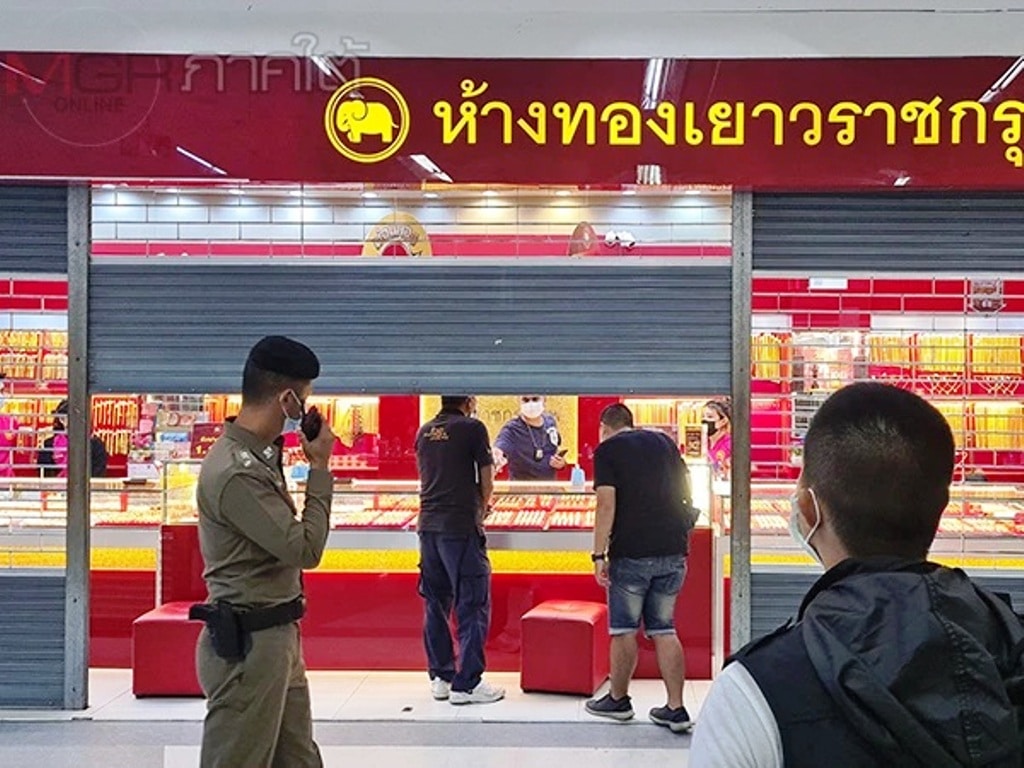 Police in southern Thailand are hunting for a masked armed robber who stole over one million baht worth of gold from a shop in a Big C mall in Hat Yai on Saturday. Hat Yai police said the suspect fled in a getaway car driven by an accomplice.

The robbery occurred at about 3.30pm at the Yaowarat Bangkok gold shop on the second floor of the Big C in Hat Yai district in southern Thailand’s Songkhla Province, said police.

An initial investigation by Hat Yai police found there were two men involved in the brazen robbery. According to CCTV cameras they arrived in a bronze Toyota Vios with no licence plates. They parked in front of the Big C mall and one man entered the gold shop, where four staff were working at the time. 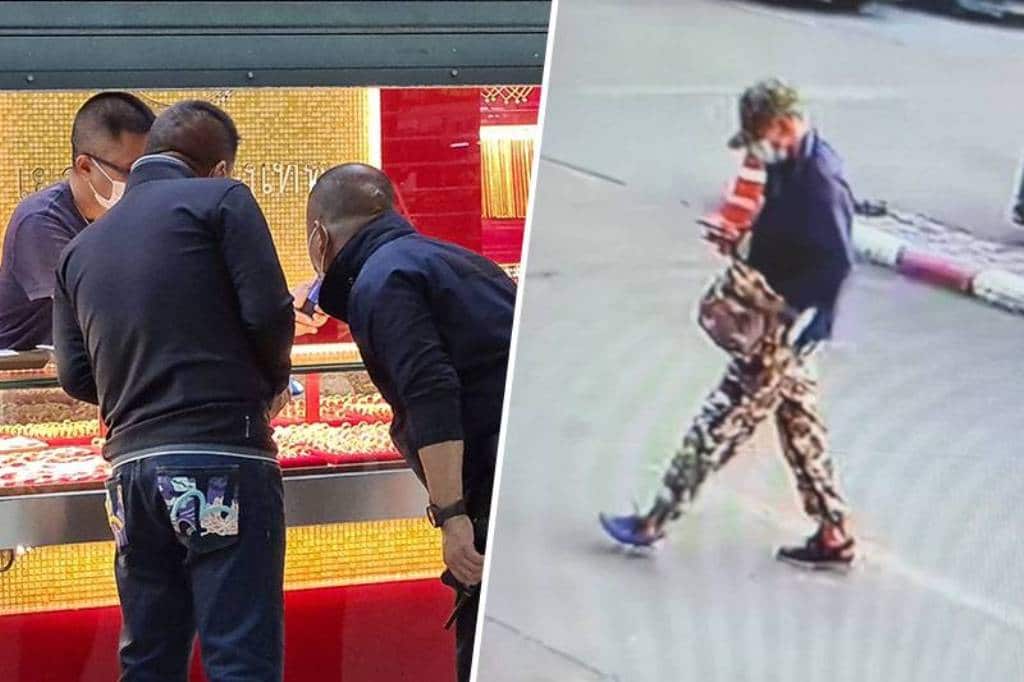 The robber, posing as a customer, asked to see a large gold necklace. As a staffer was about to bring some gold necklaces, the man suddenly climbed over the counter and swept some necklaces from a tray. He pointed a hand gun at the staff and threatened to shoot if they made and noise or sudden movements.

The armed man then quickly ran out of the Big C mall as security guards gave chase, however the robber pointed the gun at them and threatened to shoot if they followed any further. According to the security guards he fled to a waiting getaway car driven by an accomplice.

Hat Yai Police were examining CCTV footage to see if it will help identify the two robbers. CCTV showed one robber, was wearing a military camouflage trousers, black jacket, a camouflage cap, black glasses and a face mask.

According to the gold shop manager the armed robber escaped with about 45 baht-weight (682 grams) of gold necklaces, worth about 1.1 million baht.