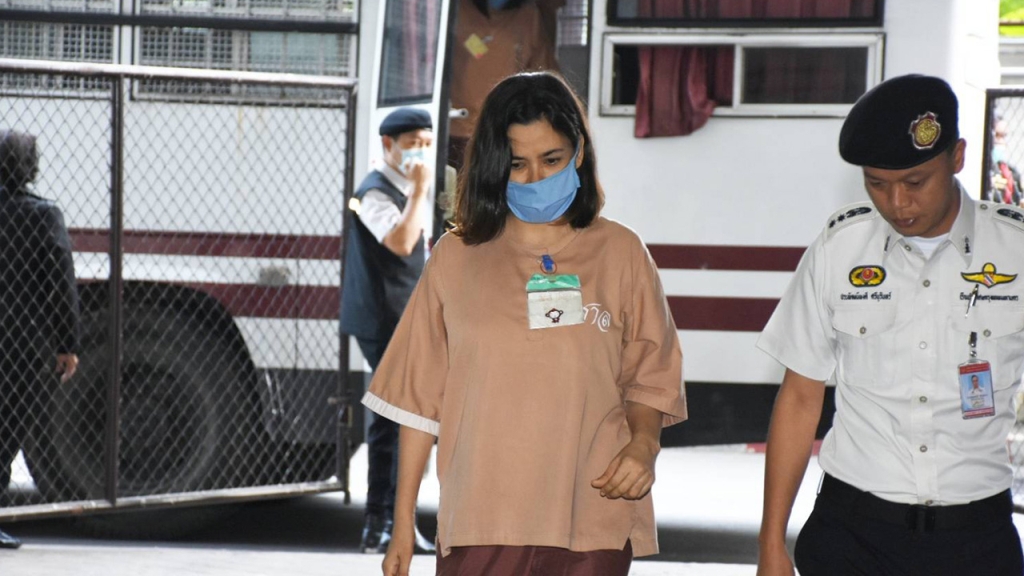 An appeals court has reduced a life sentence of a former beauty pageant queen to just 20 years for the murder of her young maid. Ms Krisana Suwanphithak murdered her 15 year-old maid, Jareeya Srisak, in 2012.

Krissana, alias Mona, a former beauty contestant in Phetchaburi, was convicted of the premeditated murder of 15 year-old Jareeya Srisak. The two other defendants were charged with collusion in helping her escape punishment.

Jareeya was hired to work as Krissana’s maid in February 2012 at her house in Bangkok’s Chatuchak district.

Between April 2012, the hot-tempered Krissana hit Jareeya repeatedly on the head. She also beat her on the legs with a plastic cylinder and a dust collector. The used an electric hair straightener to inflict burns on her body.

The teenager sustained serious injuries, received no treatment, and died.

On April 15, Krissana and 2 accomplices place her body in a pickup truck took it to Phetchaburi. They then buried the 15 year-old girl in secret.

The girl was reported missing. Crime Suppression Division police took over the case and finally found her body buried by a tree near the house of Krissana’s mother in Phetchaburi in 2017.

Krissana was arrested in a accompany of her lawyer in November that same year. She was a former contestant in the Nang Noppamas pageant and other beauty contests. During police interrogation with her lawyer, Krissana denied any involvement. Krissana’s brother, Pramote, confessed to all charges. On February 20 last year, the Criminal Court sentenced Krissana to life in prison for premeditated murder.  The court also ordered her to pay Jareeya’s mother 1.06 million baht, at 7.5% interest rate, starting from March 5, 2012, as financial compensation, her lawyer said.

The other defendants were initially sentenced to two years in prison each. The court then reduced one of the accomplices sentence to 16 months. Because she gave useful testimony. Krissana’s brothers sentence was also reduced to one year without suspension because he confessed.

Krissana and her brother Pradthana appealed the lower court’s ruling.

Prison officials on Tuesday took Krissana from the Central Women’s Correctional Institute to the appeals court. Her 2 accomplices, who were released on bail of 200,000 baht each, were also at the appeals court with their lawyer.

The Appeals Court ruled that Krissana’s life sentence was too harsh and sentenced her to 20 years in jail instead. The court upheld the sentences for the two accomplices.

After hearing the court’s ruling, Jareeya’s mother, said she preferred the lower court’s ruling of life imprisonment. She said Krissana had shown no remorse for her actions.

Krissana has remained silent throughout the proceedings. She has not even talk with Jareeya’s mother, or apologized the Bangkok Post reports. Jareeya’s mother thought the 20-year jail term was too light and wanted prosecutors to appeal to the Supreme Court.