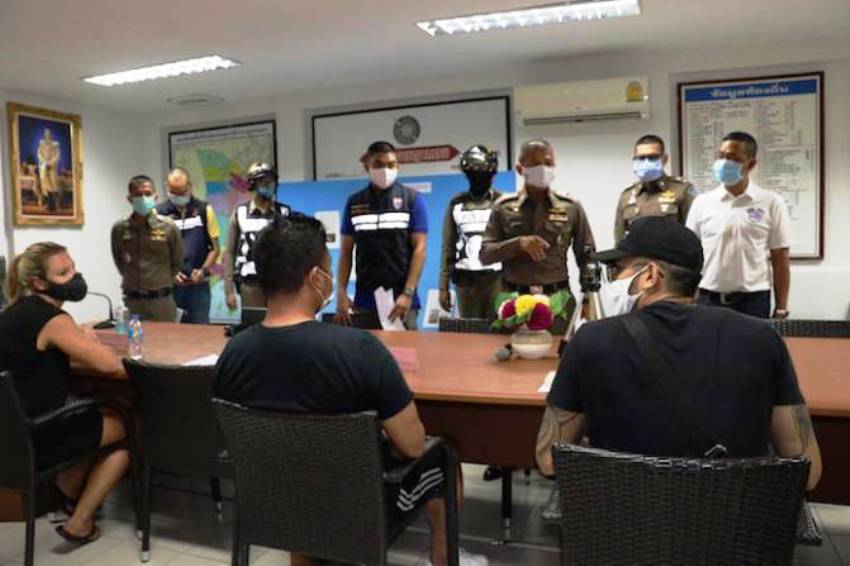 Authorities in Phuket have arrested 2 foreigners and 2 Thai citizens for trespassing and violating the Computer Crimes Act. The charges come after they allegedly climbed over the wall of Phuket zoo, took videos of animals and they posted online. Creating a Go fund me page to solicit public donations to feed the animals.

They shot videos of the crocodiles and tigers then posted them online asking help to feed the ‘abandoned’ animals.

Phuket police, on Thursday announced the arrest of the four suspects on charges of violating the Computer Crimes Act and trespassing on Phuket Zoo.

The owner of Phuket Zoo, Suriya Tanthaweewong, 40, filed a complaint with Phuket police. He said the zoo was not seeking donations and the animals were not left to starve. Mr Suriya also confirmed that he intended to close the zoo permanently. Mainly due to the economic fall-out from the COVID-19 situation.

He also said that the animal were being adequately cared for and that Phuket Wildlife officials had already inspected the zoo.

Phuket Police armed with warrants arrested the four on charges of colluding to put false information into a computer system that caused damage to others. Also trespassing on the zoo. All four suspects all denied the charges.

Phuket Zoo has had bad press The four were — an American woman, Joy Marie Somers; Minh Nguyen, an Australian national; and two Thai men, Hussen Armad and Hassen Coltcah. Their lawyer, Cherdchai Wongseree, told the Phuket news it was all a misunderstanding.

According to The Thaiger the Phuket Zoo has had bad press for the last 5 years. However it seems to have survived despite poor Trip Advisor ratings and also numerous media controversies.

Meanwhile the four animal activists were also reportedly being held in custody at Chalong police station.