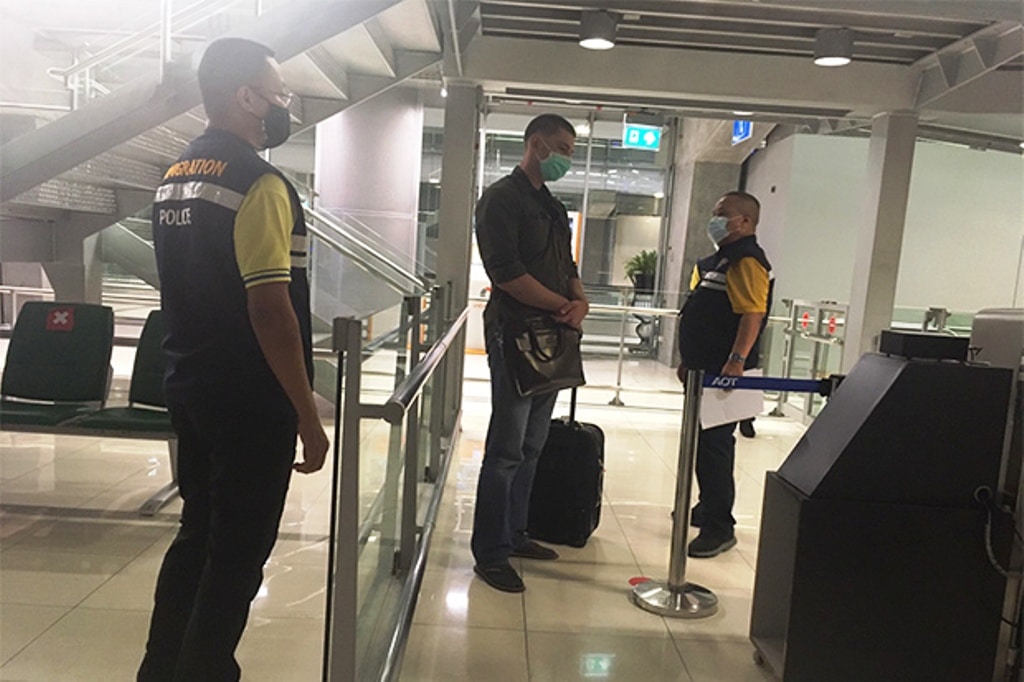 Thailand’s immigration police arrested an American man on Wednesday while attempting to leave the country at Suvarnabhumi airport. He is the 10th suspect to be arrested over the alleged kidnapping of a Taiwanese businessman for ransom.

Pol Maj Gen Suwat​ Sangnum said Matthew Wilson, 38, was detained as he entered immigration before his planned departure. Investigators had tracked him down and confirmed his intention to leave the country, he said.

Mr Wilson faces an arrest warrant issued by the South Bangkok Criminal Court on May 25 on charges including illegal assembly, attempted murder, extortion and abduction for ransom.

The American man denied all allegations.

Mr Wilson was handed over to Lumphini and Thong Lor police stations for legal proceedings. The alleged abduction involves both jurisdictions.

Mr Wilson and nine other suspects are charged with abducting Taiwanese businessman Wen Yu Chung from a restaurant in Thong Lor on March 28 and demanding more than 93 million baht in return for his release. The case arises from a business conflict.

The first arrests were on May 16, when police detained three men, two Americans and a Thai, in Bangkok. Other arrests followed.

Pol Maj Gen Suwat alleged on Wednesday that Mr Wilson took part in restraining the Taiwanese man and taking him forcefully from the restaurant where they had met, to another place nearby.