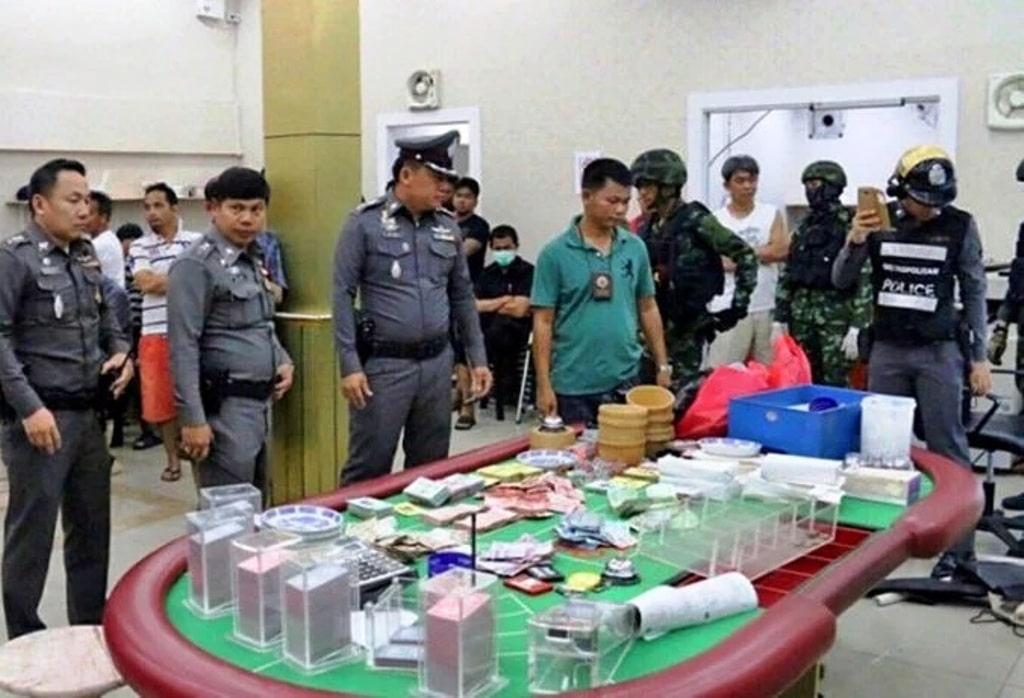 Crime Suppression police have recommended that a former casino operators be indicted in four cases including one in which he’s accused of murder. CSD Police believe Mr Longjoo Somchai, 56, of masterminding the murder of a motorcycle taxi rider in July last year.

According to a Crime Suppression police source, investigators believe they have put together enough evidence for the prosecution for a strong case against Mr Somchai and decided to seek indictment on all fronts.

In the fourth case for litigation, he is accused of ordering a hit on motorcycle taxi rider Prathum Sa-adnak, 47, who was shot dead in Pattaya on July 28 last year.

According to police, the suspect ordered the hit because he believed Prathum’s tips prompted police to raid and shut down his gambling den in February last year.

Mr Somchai was first arrested in February by the CSD for alleged involvement in illegal casinos that were blamed as being a breeding ground for Covid-18 outbreaks in the Eastern Region as a fresh wave of infections hit the country.

Meanwhile, police busted an online gambling operation that reportedly earned US$3 million per month. During the raid in Bangkok, 19 people (eight men and 11 women) were arrested.

The operation was spread throughout three condominium rooms in one building. The police seized eight computers, 30 monitors, 27 mobile phones, seven bank account books and 17 ATM cards. The operation was following the investigation into the online gambling website PGSLOT889.com, and the authorities are hoping to look further into the gambling networks casinos gaming companies.

Casino gambling is considered illegal in Thailand, and the country has a history of battling illegal activities related to gambling. On 5 May 2021, 12 people, including the property’s owner, were arrested for gambling in a restaurant. The police seized gambling equipment and THB3,500 ($112) in cash.

Thailand’s authorities conducted a similar operation and impounded $39m worth of assets, including bank accounts and houses, from two gambling operators. The two men were suspected of operating gambling dens which were identified as the centre of a cluster of Covid-19 that spread in the country in December.