Africans Arrested for Scamming US1.82 Million From German
Advertisement 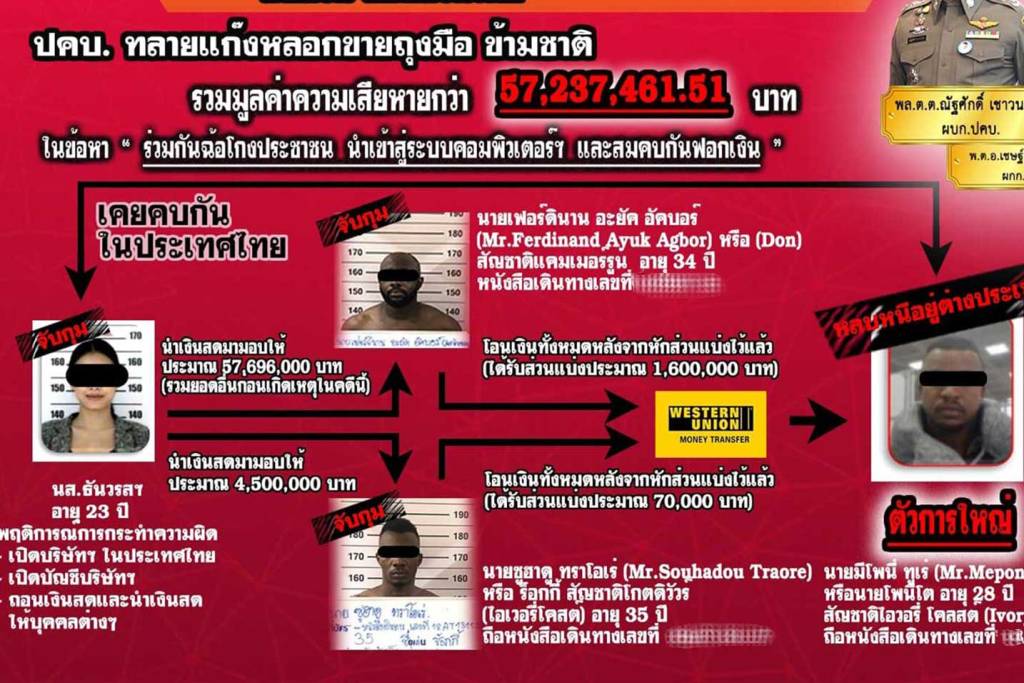 Two Africans have been arrested for allegedly swindling a German businessman of Bt57 million in a rubber glove scam. The two men were from Cameroon and Ivory Coast in Africa. Police in Thailand also arrested a Thai woman in connection to the rubber glove scam.

The German had bought rubber gloves from Ms Thanwaros, via the website www.grandig.com.

The complainant then transferred US1.82 million to the bank account she nominated. No gloves were ever delivered to him and the woman could not be contacted.

Police in Thailand began an investigation and found that a man identified as Mepony Toure, 28, who was close to Ms Thanwaros and lived abroad. He had arranged for her to operate the company in Thailand and also open a bank account.

After the complainant deposited the money in the nominated account, Mr Toure had asked the woman to withdraw some of the money and give it to two friends. Mr Agbor allegedly received 1.6 million baht, and Mr Traore about 70,000 baht. Ms Thanwaros was given about 400,000 baht, according to Pol Col Chetphan Kiticharoensak.