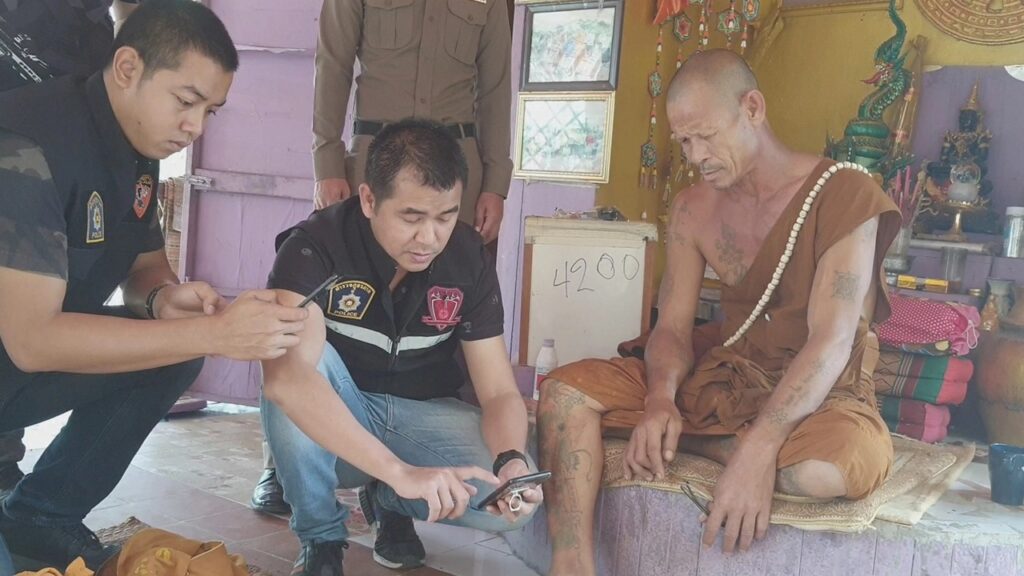 An abbot in northeastern Thailand has been defrocked and then arrested after trying to solicit sex from a 12 year-old girl. Udon Thani police said a mother filed a complaint alleging that the abbot had invited her 12-year-old daughter to have sex with him.

The child mother told police that when she found the video clip with the invitation on her daughter’s phone, she replied asking what he wanted.

“The sender said he would offer Bt2,000 in exchange for sex with him. I searched his name and found that he was the abbot at this temple so I notified the police,” she said. “My daughter said her friends who are in Prathom 6 also received similar invitations from the suspect.”

A preliminary investigation revealed the Abbot is a Khon Kaen local and has been a monk for 23 years. He moved to the temple in Udon Thani’s Ban Pheu district 11 years ago. He was elected abbot as the temple that has only three resident monks.

The defrocked Abbot was forced to leave monkhood and was taken to the police station. He was charged with publicizing pornographic material and attempting to have sexual intercourse with minors.

Sexual with a Minor in Thailand

Section 277 of Thailand’s criminal code explicitly states that sexual intercourse with a child under the age of 15 who is not the wife or husband shall be liable for imprisonment from four to twenty years. Children cannot consent to sexual intercourse and it is not an excuse. If the child is under the age of 13, the term of imprisonment increases from seven to twenty years. If the crime was committed using the threat of a weapon, the offender will be given the potential penalty of life imprisonment.