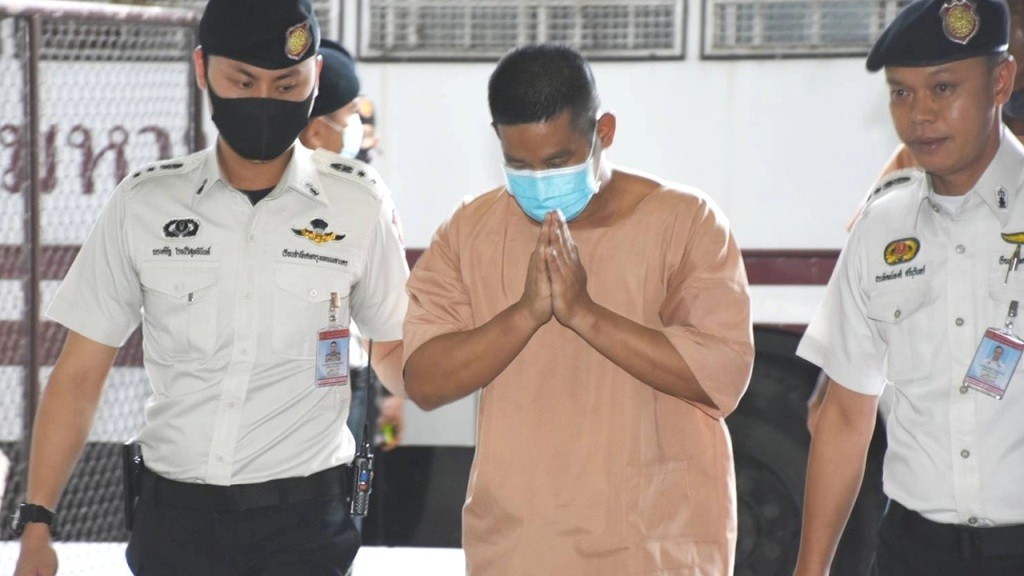 A Criminal Court in Thailand has sentenced a school director to death for shooting and killing three people while robbing a gold shop on Jan 9. Prasittichai Khaokaew, 38, former director of a primary school in Sing Buri province, was taken to the court, on Ratchadapisek Road in Bangkok, to hear the judgement.

Public prosecutors arraigned him on nine counts, including three murders and attempted murder.

The court was presented with evidence that Prasittichai was armed with a pistol fitted with a long sound suppressor when he robbed a gold shop shop inside Robinson shopping mall in Lop Buri on Jan 9.

He also shot and seriously wounded a fourth person before fleeing on a motorcycle with 33 gold necklaces worth about 665,470 baht. The school director was later caught and confessed to all charges.

School Director Guilty on all counts in gold shop robbery

The court found him guilty on all counts and sentenced him to death, with a fine of 1,000 baht, and ordered him to pay compensation to the families of all victims, plus interest at 7.5% per year.

Surveillance camera footage showed the robber shooting with a pistol at customers and gold shop staff as he walked up to the store counter.

He fired without hesitation at a two-year-old boy walking past the shop with his mother. The School director also shot dead a security guard as he left.

After a weeks-long manhunt in Thailand, police investigators finally arrested Prassitichai . Some of the gold was found hidden in his father’s carport roof.

He had posted pictures on his Facebook page of himself and his wife, also a school teacher, taking a child to a milk shop on Jan 11, two days after he robbed the gold shop. It was Children’s Day.