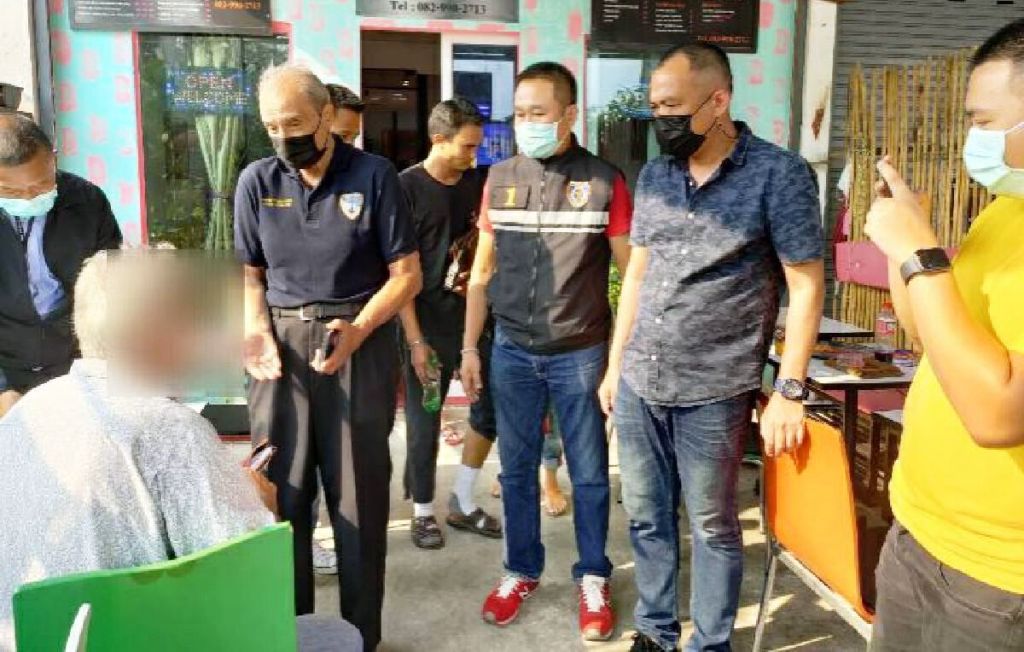 Police in Bangkok have arrested a 50 year-old Italian Man Aldo (last name withheld) for the alleged molestation of a 3 year-old girl.  Mr Aldo was detained at a pizzeria located on Sala Thammasop Road in Bangkok’s Thawi Watthana district on Tuesday.

Police said they tracked down Mr Aldo after the parents of the 3 year-old girl filed a complaint saying he allegedly molested their little daughter on February 9th.

“The child’s parents said they had let their girl play with the man’s son at his house after he offered to babysit and feed the girl,” a police said. “Later that day, the girl told her parents that the suspect had allegedly touched and licked her private part while she was at his house, prompting them to file a complaint.”

Police then contacted the Bangkok Criminal Court to issue an arrest warrant for the suspect on the grounds that he allegedly molested a girl under 15 years of age regardless of the victim’s consent and took a minor away from her parents for the purpose of sexual harassment.

On being arrested, Mr Aldo denied the charges. He was taken to Thammasala Police Station in Bangkok for further interrogation. He faces up to 20 years in prison if proven guilty.

Under Thai Law Section 277 explicitly states that molests a child under the age of 15 who is not the wife or husband shall be liable for imprisonment from four to twenty years. Children cannot consent to sexual intercourse and it is not an excuse.

If the child is under the age of 13, the term of imprisonment increases from seven to twenty years. If the crime was committed using the threat of a weapon, the offender will be given the potential penalty of life imprisonment.

If the act of indecency cause bodily harm, the possible imprisonment can be up to twenty years for physical harm and life imprisonment if the child dies.