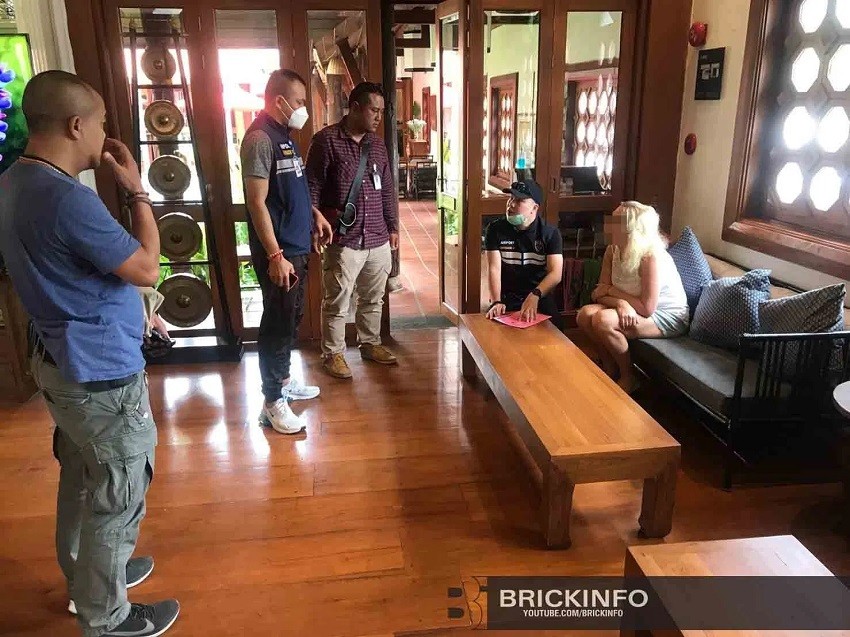 Police in Chiang Mai Thailand have arrested a 38 year-old Australian women for shoplifting goods from a shop in Warorot Market. The shop owner reported 5 pairs of 100 baht sunglasses and a 150 baht purse stolen.

Getting arrested in Thailand is a stressful event, so we advise you do the following 3 things as quickly as possible.

The Thai police will most likely put a police report / charge sheet in front of you (in Thai language) to sign. Do not sign it. Nothing will happen to you if you do not sign. One of the best pieces of advice is to write on the document in English language, or whatever your native language is, the following statement; “I will not sign any document until I have a chance to consult with my legal representative.”

Please note that we highlighted the word “my” because the police may provide you with a so-called lawyer who is actually just another police officer or someone else.

It is always better to have a knowledgeable person present before you sign any document. The most common story we hear from a Thai police station is that the police officer says, “You sign; you go home!” This is almost never true.

This seems obvious, but this is more challenging than you might think. You should contact a law firm or lawyer who knows how to deal with criminal matters. There are many law firms in Thailand, and most try to offer you “everything.”

If you are a foreigner who has been arrested in Thailand, you will need to find money for bail. If the case is serious enough that you have been arrested, then it means you will likely need to bail out. Bail can range from 10,000 Thai baht all the way up to 2,000,000 Thai baht.

Common bail amounts for theft can be from 50,000 Thai baht to 200,000 Thai baht. Depending on the details of the theft. Bail for drug cases depends on the category of drug you are being charged with; as even small amounts of category 1 drugs (methamphetamine, for example); can amount to automatic “possess with intent to sell” charges.

Bail for 1g of a category 1 drug is often 300,000 – 800,000 Thai baht. If it is possible to have your lawyer post bail at the police station. This is always advantageous, so contact a lawyer immediately to see what your options are.