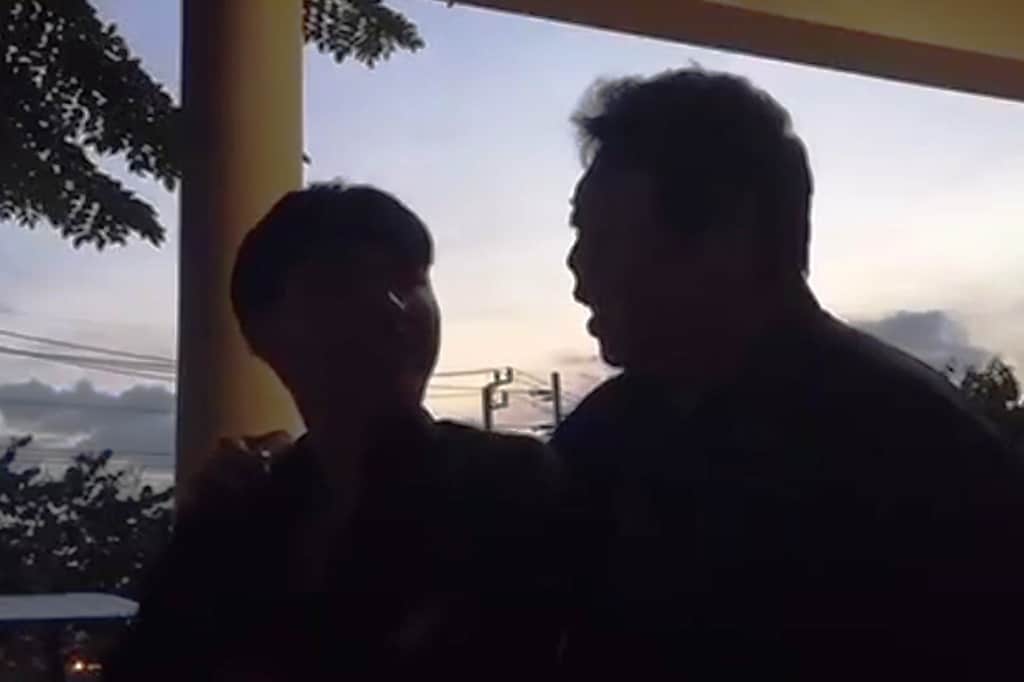 The father of the 16-year-old boy facing the lese majeste charge says he will stand with his boy through this difficult time. He also hopes no more families have to bear the same hurt.

Mana Treelayapewat posted a Facebook message expressing his feelings about the serious charge pressed against his young boy, saying he and his family were hurt and are worried about him.

“As his parents, the best thing we can do for our son during this difficult period is to hold hands together and walk through this and other obstacles,” he wrote.

“As his father and mother, what we can do when we see him stumbling is to be a cushion for his falling body, to absorb his pain as much as we can,” he added.

Right to freedom of thought

His parents accompanied him to report to police yesterday, to acknowledge the charge. He was taken to the Central Juvenile and Family Court for questioning, and then released on bail.

His father, who asked that his workplace not be identified, said he gave his son the right to freedom of thought, although he did not agree with him on all issues. He would leave the case to the judicial process.

He also expressed one wish, arising from what is happening to his family.

“I hope this painful experience will stop at my family. Do not let it happen to other families,” he said.

“We are deeply troubled by the move by Thai authorities to charge at least 35 protesters in recent weeks, including the 16-year old student protester, under Article 112 — the lese majeste provision of Thailand’s criminal code,” the United Nations Human Rights Committee said in a statement.

The activists are facing charges for headlining recent demonstrations demanding reforms to the monarchy and more scrutiny of the royal family’s financial arrangements.

The offence carries sentences of between three and 15 years’ imprisonment for defaming, insulting or threatening the royal family, noted Ravina Shamdasani, the committee’s spokeswoman.

“We are particularly alarmed that the 16-year-old protester was yesterday presented by police to the Juvenile Court with a request for a detention order.” The court has, however, denied the detention order and granted conditional bail.

Kid Spiderman Thief Rearrested after Being Caught Stealing from Temples