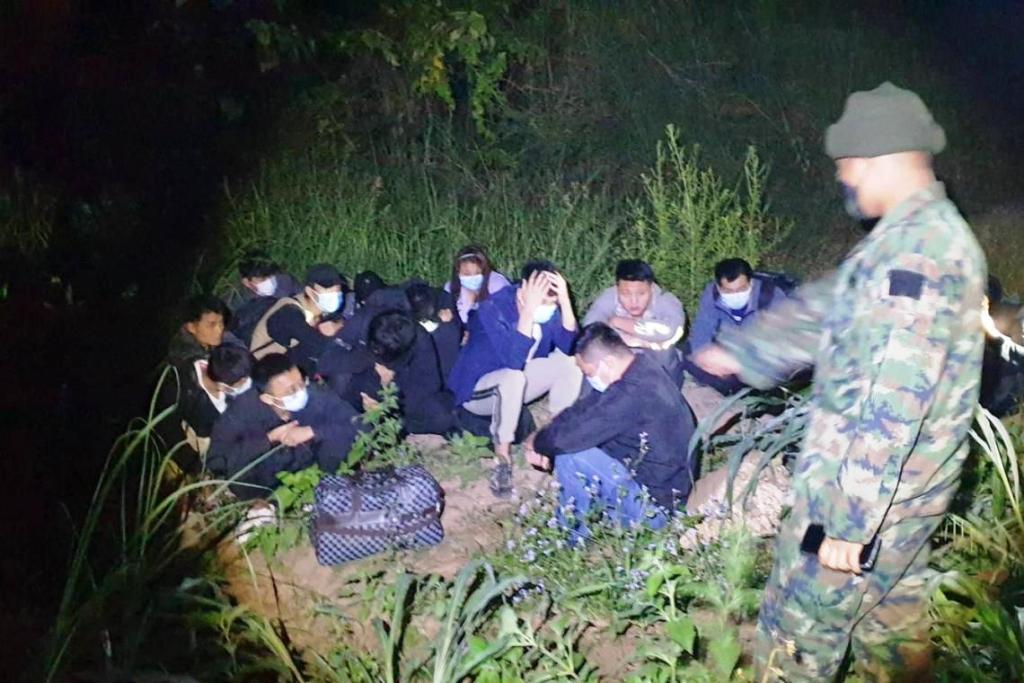 Mekong River Naval authorities have arrested 16 Chinese nationals for illegally entering Thailand by crossing over on the river at the Thai-Lao border in Nong Khai.

The Naval commander said the Chinese nationals were spotted and arrested by officials patrolling the river.

Investigations are still underway as to why they entered Thailand illegally. Furthermore officials suspect they were trying to avoid the mandatory 14-day quarantine requirement. 14 day Quarantine is required of all foreign arrivals due to the Covid-19 pandemic.

Navy officers also said that none of the Chinese Nationals arrested had any identification documents. The group is currently being detained at a local Nong Khai police station, Thai media reports.

Pol Maj Samrit said they have been tested for Covid-19 and their test results were negative.

Of those arrested, three men said they came from Mawlamyine in Myanmar. They said they paid migrant smugglers 20,000 baht each to take them to an employer in Samut Sakhon, he said. A mother and her child, came from Tanintharyi in Myanmar’s Myeik province, Pol Maj Samrit said. Adding she crossed the border to meet her husband, who works in Thap Sakae district.

Police have opened 24-hour checkpoints nearby all trails along the border to block Myanmar migrants from illegally entering the country.

Thailand’s immigration police have reported the arrest of 22 foreigners during a crackdown on illegal migrants. A Myanmar man was arrested for overstaying his visa by 848 days with fake Immigration extension stamps in his passport.

Immigration officials said the Myanmar man had fake extension stamps in his passport and were put there by a “Thai fixer.”

A spokesman for the Immigration Bureau, said on Tuesday that Mr Khun’s passport had fake visa stamps and fake signatures of an immigration official. The Myanmar man told officials he had given his passport to a Thai man who was supposed to arrange his extensions.

Mr Khun had legal permission to remain in Thailand only until July 15, 2018, Pol Col Pakkhapong said.

He was charged with overstaying his visa, by 848 days, and having fake visa stamps in his passport.

Of the 21 other people caught in the sweep, 16 were from Myanmar and the others from Laos and Cambodia. They were held on charges of illegal entry, overstaying and working without a permit.

Two Thais were also arrested, identified only as Mr Nath and Ms Juthathip, and charged with providing shelter for illegal migrants and failing to notify officials. Three other people were also charged with offences, but no details were given.