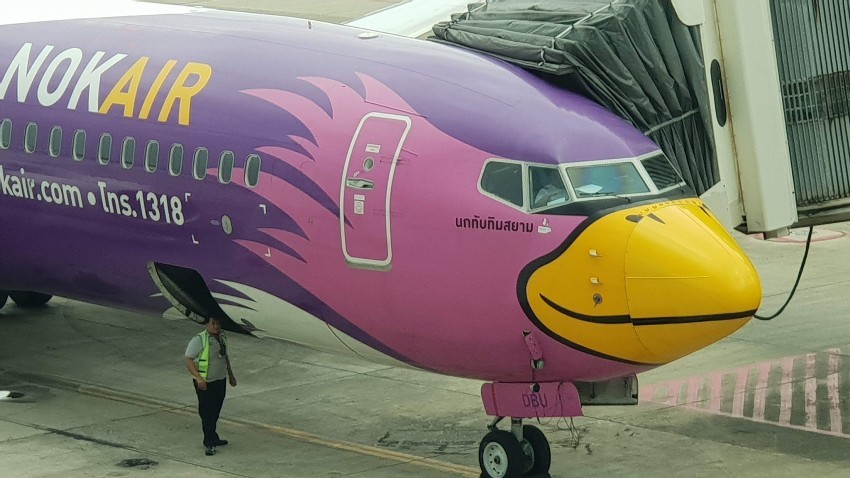 Mr Somboon said the issue was raised by executives of the airline during a conversation with Mr Chuan recently. They met the House speaker to offer him their best wishes on his birthday on July 28.

The Nok Air executives told Mr Chuan that 113 former and current MPs have not paid for seats they reserved on Nok Air flights which they later failed to show up for, said Mr Somboon.

The airline could not make the reserved seats available to other customers and the MPs did not cancel the reservations, which meant the company, already battered financially, incurred further losses. Nok Air has filed for rehabilitation protection with the Central Bankruptcy Court.

Mr Somboon said the airline complained that it could not obtain reimbursements from parliament because the MPs did not actually travel on the flights.

Normally, low-cost carriers such as Thai AirAsia require payments for air tickets to be made at the time of booking. The airfares become expensive during peak periods. Mr Somboon said at least five MPs each caused the airline losses of over 100,000 baht. They are well-known and wealthy people.

According to Mr Somboon, Mr Chuan deemed the issue a personal matter to be settled by the individual MPs. It is the responsibility of the MPs to account for their own actions, Mr Somboon said quoting Mr Chuan.

Nok Air chief executive Wutthiphum Jurangkool said Covid-19 prevented the airline from flying its 18 international routes, while domestic flights were at 30% of its pre-pandemic schedule.

Meanwhile, Wutthiphum has also insists its business would be able to return to solvency despite the airline following Thai Airways’ lead and filing a business rehabilitation request with the Central Bankruptcy court.

The airline was reported to have 26.79 billion baht worth of debt as of March 31.

Mr Wutthiphum said the company has had to pay out passenger refunds of around 100 million baht per month since the early days of the pandemic.

“It’s company policy to refund all passengers who had to cancel flights during the coronavirus crisis as soon as possible. This resulted in a heavy burden on us, as well as a lower income,” he said. He estimated just 200 customers were still waiting for their refunds.

Although some of the company’s creditors had made compromises, including allowing repayments to be made in installments. The fact that fixed costs exceeded the airline’s income each month had resulted in its board of directors applying for rehabilitation, he said.

Mr Wutthiphum said Nok Air currently had no intention of downsizing its workforce or operations. Even more they would add two new 189-seat Boeing 737-800s to the fleet by the end of this year.

He said the company still had assets worth 23.8 billion baht but had to submit a business rehabilitation plan to the Central Bankruptcy court this year.

If the plan is accepted, the company will have to follow instructions related to the number of planes it flies and staff that are employed.

“The airline won’t be bankrupt but we have to solve our liquidity problem,” he insisted.

“Our 1,500 employees will continue to do their jobs as they are now.”