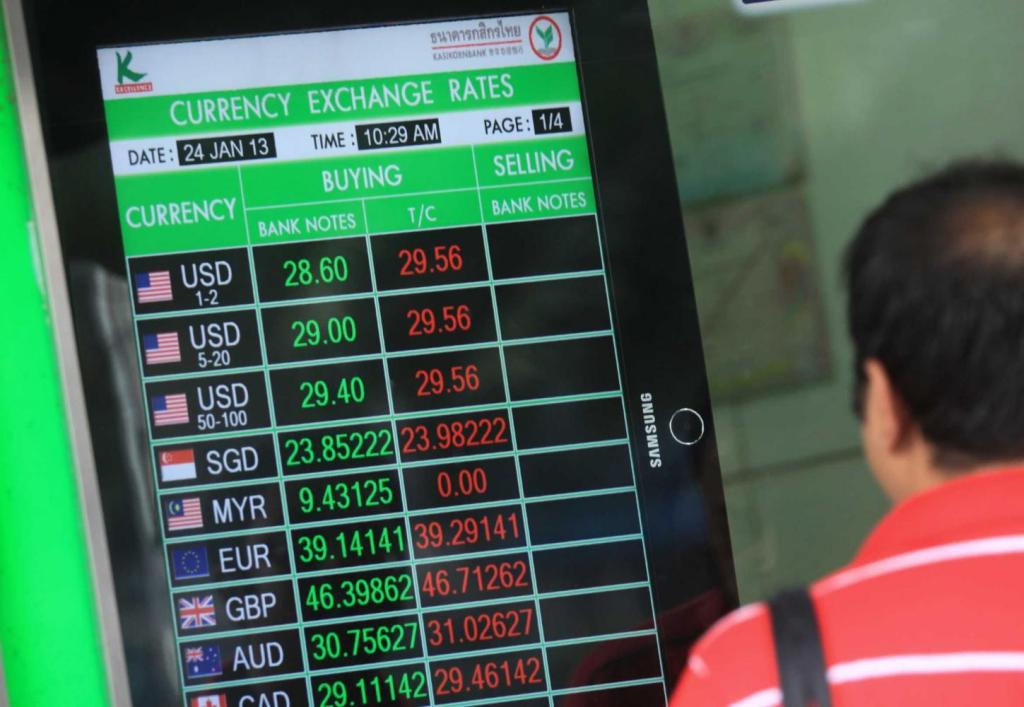 Kasikorn Bank has forecasts the Thai baht will weaken further against the US dollar by June this year because of dividend repatriation by foreign investors and the country’s lower current account surplus.

For May 17-21, dividend payments of SET-listed companies are expected to exceed 18.7 billion Thai baht, while the following week the amount is estimated at 6.53 billion. Repatriation of these dividends will continue to pressure Thai baht depreciation, Mr Kobsidthi Silpachai, Kasikorn Bank’s head of capital markets research, said.

Dividend payments by listed companies on the Stock Exchange of Thailand are scheduled from March to May this year, while dividend repatriation of offshore companies peaked at 20.6 billion baht from April 19-23 this year.

Mr Kobsidthi said the bank predicts the Thai Baht to decline to 31.1 baht against the dollar by the end of June this year.

In addition, Thailand’s current account surplus has declined from US$38.2 billion in December of 2019 to $3.90 billion in March of this year, pressuring a weakening baht.

With a lack of foreign tourist spending because of the pandemic, Thailand’s current account surplus continued to decline. In addition, the country’s vaccination rate remains low at 1.12% of the population, compared with a global rate of 4.56%, with the US at 36.9% and the UK at 29.6%.

Kasikorn Bank predicts the baht to gradually appreciate, possibly reaching 29.75-29.80 baht to the greenback by the end of 2021.

A stronger baht could be supported by the government’s mass vaccination plan from June, leading to the country reopening to tourism and increasing economic activities in the second half of the year, according to Kasikorn Bank. The global economic recovery should also support Thai export growth and a firmer baht.

However, the third wave of infections and the Thai economic contraction in the first quarter remain downside risk factors for the economy this year, said the bank. As a result, Kasikorn Bank’s may readjust its 2021 economic growth forecast later in the year.

The Huge Impact of Tijuana’s Expanding Economy on the US