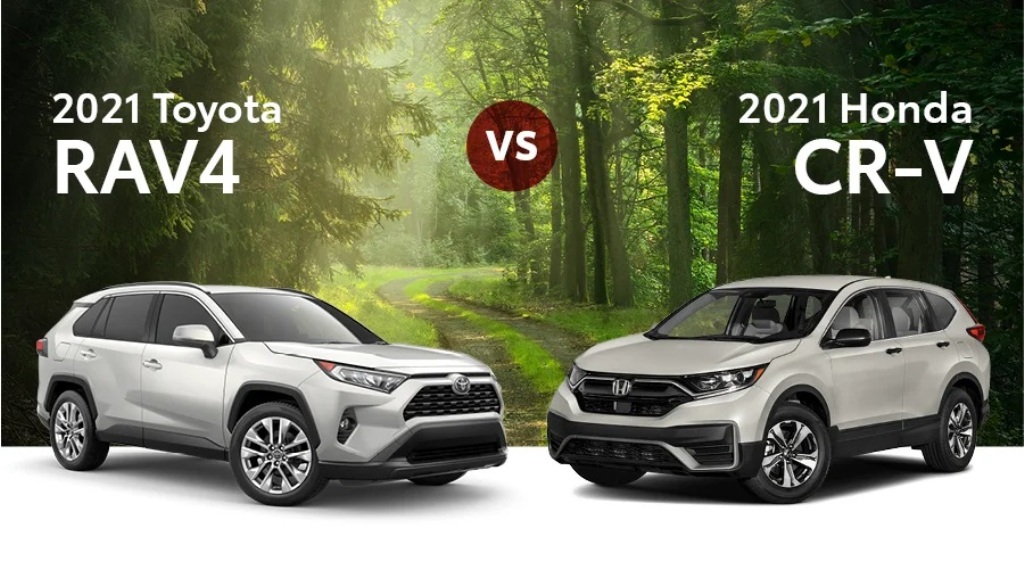 The compact crossover segment is enjoying immense popularity with the public and it seems that people are flocking to these vehicles as the swallows return to Capistrano.

Naturally, where people demand vehicles, auto manufacturers are happy to oblige, and though it seems like there are plenty of new entrants each year to the crossover segment, two perennial favorites seem to dominate the pack, the Toyota Rav4, and the Honda CR-V.

Honda completed a redesign of the CR-V in 2017 and then refreshed the offering in 2020. Meanwhile, the Toyota Rav4 was redesigned in 2019 and added additional refinements in 2020, so both vehicles remain fresh.

So as the 2021 models roll in, which crossover is the best to buy, the Toyota Rav4 or the Honda CR-V?

Price is very important in the crossover market, so how do the two compare?

Here the Honda CR-V is the clear winner, with the base trim level starting at

Naturally, your mileage may vary, but the higher rating by JD Power goes a long way to predicting how reliable your vehicle may turn out.

Score another nod to the Honda CR-V.

Seat comfort for both the CR-V and the Toyota Rav4 is a toss-up. Both have comfortable front driver and passenger seating. However, we gave the edge to the

Honda CR-V because there is a skosh more legroom for the back seat occupants.

Honda also allows you to upgrade the CR-V to leather while the Toyota RAV4 only offers Faux leather. The Toyota RAV4 does allow upgrades with ventilated front seats and heated rear seats but these are upgrades. So as we said, except for the extra rear-seat room it’s pretty much a toss-up.

Score again for the Honda CR-V.

While both vehicles are decked out nicely, the Toyota RAV4 has notes of hard plastic which we hate like a passion. On the other hand, the interior of the Honda CR-V seems softer and more muted.

Score another point for the Honda CR-V.

Outside of the hard plastic, in terms of features, the Toyota RAV 4 is the clear winner. You get a nice 7-inch infotainment system with all the features you can appreciate.

With the Honda CR-V, you get a smaller 5-inch infotainment system although if you are willing to pay up the money you can upgrade to a 7-inch system.

Score one for Toyota

Here the Toyota RAV4 is the clear winner over the Honda CR-V. With the Toyota RAV4, you get an engine with 2.5-liter rated for 203 horsepower and decent acceleration.

The Honda CR-V offers only a 1.5-liter turbo-four is rated for 190 horsepower

Score another nod for the Toyota.

Technically Toyota garners the win here as the RAV 4 gets 28 mpg city and 35 highway but either the CR-V gets one less mile per hour on the highway. So we rate it a toss-up.

This is another near toss-up. The Honda CR-V wins, because it has a softer ride but not by much.

Overall we feel that the Honda CR-V is a better vehicle to buy although with a zippier engine and a great Infotainment system, we can see the reason to buy a Toyota RAV4 as well. If you want to read on a more detailed Honda CR-V and Toyota RAV4 reviews, head on to Car Expert.

Both are decent vehicles, and no matter which one you choose, you are likely to be happy with it.

What You Ought To Know About Mazda Service?

Ozzy Tyres – Australia’s No-1 Brand Known for their Exclusive Range...

Important Things To Do When Your Car Breaks Down