Home Automotive 5 Japanese Cars You Will No Longer Be Able to Buy in... 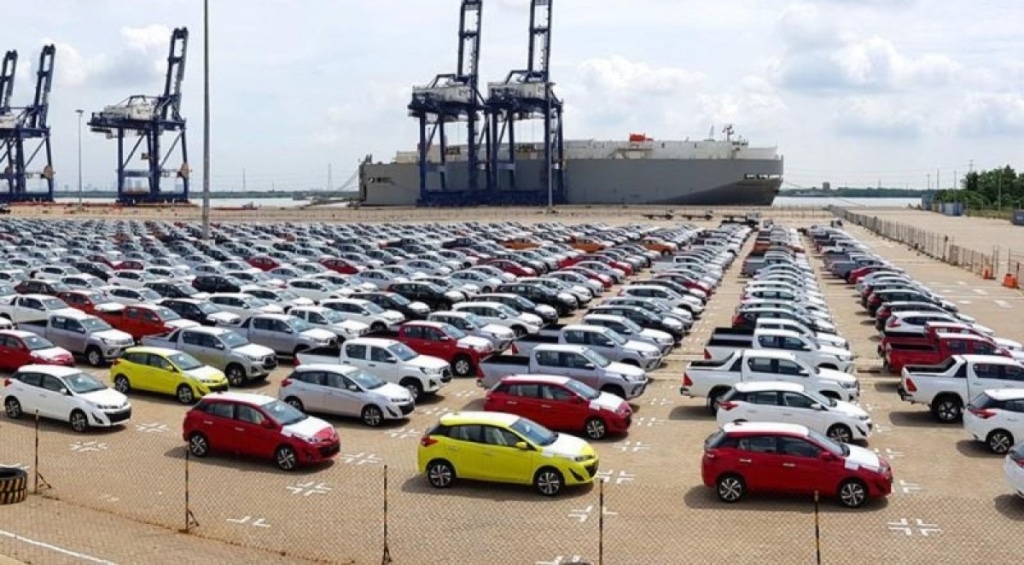 The biggest trend in the motoring industry in the USA over the last few years has been the systematic culling of the small Japanese car segment in favor of crossover and SUV body styles. And with this, we have seen the demise of some much-loved vehicles like the Chevy Impala, the Buick Cascada, and the Lincoln MKC.

For some of these, the end of the line means a rebirth as new, fresher variants, while others are simply given the boot to make space for more popular mid-size sports utility vehicles. While we are on board with the growing fascination for larger, more versatile options, we are sad to see some of our favorite Japanese models come to the end of their lifecycles.

Here are five of the best that will not be making a return after the 2020/2021 model year: Arguably one of the most popular subcompact hatchbacks seen Stateside, the little Honda has a 13-year innings with the second-gen model being the last. It was not known for spritely performance and had only one engine choice with an unimpressive CVT, but it was excellent value for money considering how much it offered, for how much it cost.

A roomy cabin, numerous safety features, and satisfying gas mileage were all part of the package, and it rightfully remains popular across the pond. Other countries received an updated version after the 2020 model year. From the luxury division of Japanese automaker Honda, the Acura RLX was never recognized for making waves in the luxury sedan segment. Despite a facelift in 2018, the RLX’s uninspiring driving experience and a dated infotainment setup didn’t stand up well in comparison to German powerhouses Audi, BMW and Merc, and this meant that it never really caught much attention. Still, it offered a premium interior for its MSRP (around $55k), decent acceleration, a pleasant automatic transmission, and a quiet cabin. Another popular offering from Honda, both the Civic Coupe and it’s Si counterpart are tipped for discontinuation after the 2020 model year. The civic has had a good run, though, with ten generations under its belt and a divisive exterior aesthetic that sees it as one of the more recognizable cars in the segment.

It’s a true performance bargain, with a super manual transmission and the practicality that makes it a good daily driver, too. It turbocharged engine may not be the most sensational, but it did enough to garner a good following amongst youngsters seeking a way into automotive fun. Having been with us since 2011, this executive sedan saw a dip in popularity due to too few updates that kept it from being on par with competitors. Still, it boasted a refined driving experience and strong outputs from under the hood, as well as having a comprehensive range of standard features.

The large and spacious trunk is also a boon, although the back seat does not fold down. And, as testament to its aging nature, there is no Apple CarPlay or Android Auto integrated into the infotainment setup, which itself was quite iffy. Overall, this isn’t the worst goodbye, with Lexus sure to replace it with some awesome. Beloved manufacturer Toyota gave us the Yaris hatchback and sedan, although the former took a brief leave of absence in 2019. Sales remained slow, sadly, and the 2020 model year saw the end of the road for both body styles. It’s a pity the little hatch didn’t fare better, though, because the agile chassis, impressive handling, impressive gas mileage and full smartphone integration served it well. The sedan variant echoed these sentiments, with the same lovely interior borrowed from Mazda present in both iterations. Either make for excellent city runabouts, and their demise is truly worth lamenting.

One positive aspect of long-standing members of the car market being discontinued is the fresh new products we can expect. And, with Japanese brands like Toyota, Honda, and Nissan remaining firm favorites among car enthusiasts, we can be sure to expect something exciting in the near future.

What You Ought To Know About Mazda Service?

Ozzy Tyres – Australia’s No-1 Brand Known for their Exclusive Range...

Important Things To Do When Your Car Breaks Down