Thailand's Economic Growth the Worst of All Asean Countries 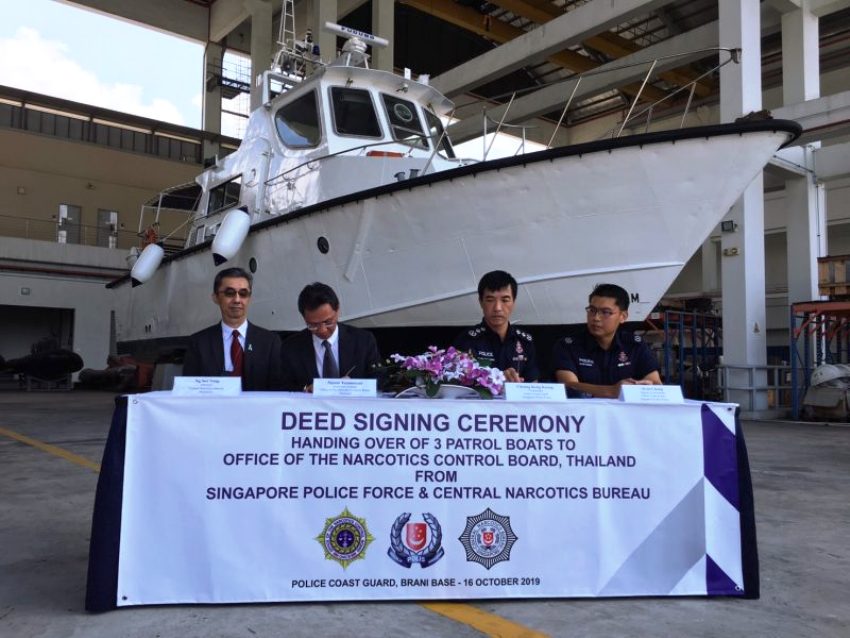 The Thai Justice Minister and the Singaporean ambassador to Thailand have delivered three patrol boats to boost regional drug suppression on the Mekong River. The boast will combat drug running in the golden triangle.

The three vessels were delivered on Monday at a pier in Samut Prakan just south of Bangkok. Witnessing the handover ceremony were Thai Justice Minister Somsak Thepsutin and Singapore’s ambassador to Thailand Kevin Cheok.

Mr Somsak said the three patrol boats were delivered under Asean’s cooperation plan. Above all to combat trade in illicit drugs in the so-called Golden Triangle.

The golden triangle is Notorious as a global hub for opium cultivation and drug production. It stretches across rugged borderlands where Chiang Rai, Thailand, Laos and Myanmar meet.

Also saying Thai authorities had joined with Singapore to beef up Mekong security with the addition of the three patrol boats.

He said the patrol boats will take part in missions to prevent drug traffickers from using the Mekong river. Above all to prevent smuggle chemical precursors to drugs factories in the Golden Triangle.

The boats will join efforts to plug holes in a border drug-smuggling operation. Operations that are worth hundreds of millions of dollars per year.

Thailand was the first country to encourage every member in Asean to reinforce security in the Golden Triangle. Where drug factories pump out a constant flow of methamphetamine and opium that floods through the rest of Southeast Asia.

Thailand initiated the Golden Triangle 1511 Operation in December last year. In collaboration with five countries in the Mekong region, in a bid to decimate the drug syndicates.