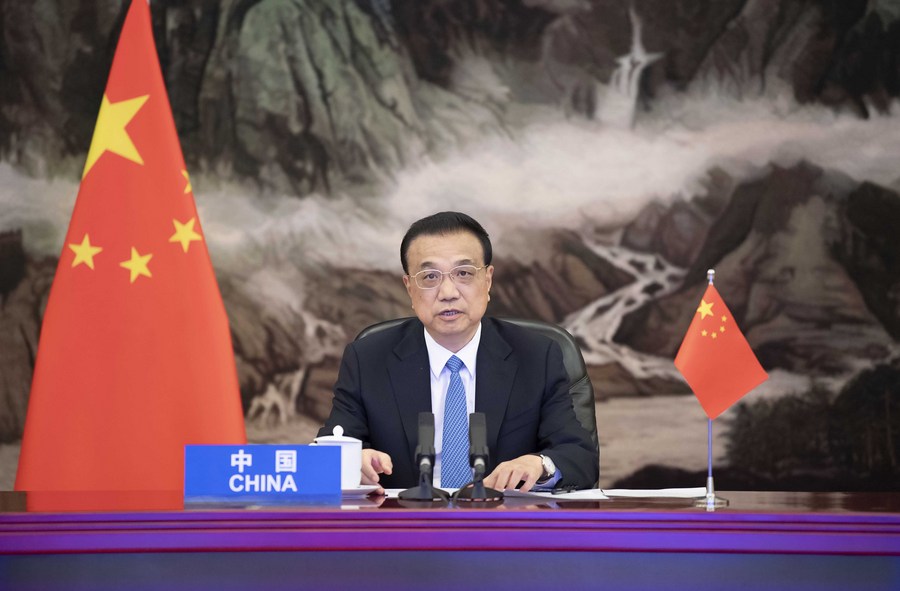 He made the call in a speech at the 23rd China-ASEAN leaders’ meeting, which was held Thursday afternoon via video link.

“China will actively consider ASEAN countries’ requirements for COVID-19 vaccines and take practical steps to promote the availability and affordability of the vaccine,” said Li, expressing the hope that the China-ASEAN public health emergency liaison network will be launched as soon as possible, and the 3rd China-ASEAN health cooperation forum will be held successfully.

Noting that ASEAN has become China’s largest trading partner, Li proposed the enhancement of regional trade and investment freedom and facilitation, and the joint building of a regional “fast tracks” network.

China and ASEAN were among the first to open “fast tracks” and “green lanes” to facilitate flows of people and goods and support economic recovery amid the fight against COVID-19, he said, adding that despite contracting global trade, economic recession and serious disruptions to travel, China-ASEAN two-way trade went up in the first three quarters, while Chinese investment in ASEAN countries surged more than 70 percent year on year. He also called on the two sides to synergize development strategies on the development of digital economies and work together to push forward sustainable development.

“the Chinese remains firmly committed and determined to conclude the COC consultations at an early date,” said Li, stressing that China will positively consider convening face-to-face consultations in China, as soon as the COVID-19 situation allows, to advance the second reading of the COC.

China calls on all parties to “accelerate the consultations in a flexible and pragmatic way,” said Li.

At the meeting, the Plan of Action to Implement the ASEAN-China Strategic Partnership for Peace and Prosperity (2021-2025) and the Initiative on Building ASEAN-China Partnership on Digital Economy were released. – Xinhua

China’s Coronavirus Vaccines are ASEAN Countries Ready to Trust Them