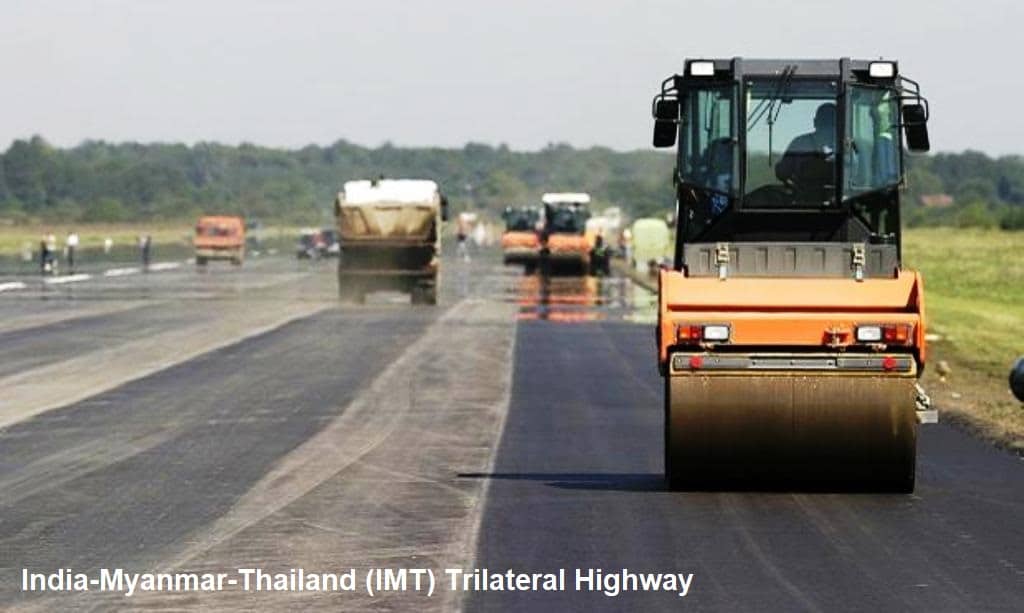 Bangladesh said its interested in joining the India-Myanmar-Thailand (IMT) trilateral highway to enhance connectivity with Southeast Asia, which would open a new chapter in trans-border corridors in the Indo-Pacific region.

The IMT highways is aimed at opening land gate to ASEAN and boost trade and commerce. India has also proposed extending the highway to Cambodia, Laos, Vietnam and Thailand.

The India-Myanmar-Thailand Trilateral Highway that starts from India and goes to Thailand via Myanmar is at the centre of the transport diplomacy among ASEAN countries.

The India–Myanmar–Thailand Trilateral Highway is a highway under construction under India’s Look East policy that will connect Moreh, India with Mae Sot, Thailand.

The highway’s Imphal-Moreh portion on the Indian side, however, is expected to be completed only by 2023, more than two decades after it was conceptualized. The transnational highway connectivity was envisaged to enable trade from India to the other ASEAN nations.

India has been working towards increasing its engagements with South East Asia under its `Act East Policy’ the India-Myanmar-Thailand Trilateral Highway is one of the biggest infrastructure projects in the region. The highway is expected to help greatly in the transport connectivity – 1, 3660 km long cross border highway network and is currently under construction, expected to be completed by 2021.

It will be linking Moreh (India) -Bagan (Myanmar) -Mae Sot (Thailand) and India has agreed to help build two vital road sections — Kalewa-Yagyi of 120 km, and 69 bridges on the Tamu-Kyigone-Kalewa (TKK). From Indian side the work is going on since 2017 and according to sources by 2021 it is expected to be completed. The decision to extend the Trilateral Highway to Lao PDR and Cambodia to help deepen the India-ASEAN Relations was taken at the ASEAN-India Commemorative Summit 2012.

To commemorate the historic significance of the road from Mujib Nagar to Nodia on Bangladesh-India border during the Liberation War, the neighbouring country has proposed to name it as “Shadhinota Shorok”.

Also at the one-day virtual summit, India requested for one Land Port with a minimal negative list, beginning with Agartala-Akhaura and for transportation of goods from Chattogram port to the North East of India, it has proposed that its trucks use the Feni Bridge, on completion.

It has been decided that the recently-constituted High Level Monitoring Committee headed by Secretary, Economic Relations Division from Bangladesh and the High Commissioner of India in Dhaka will regularly review the progress of the LOC Projects for their early completion.