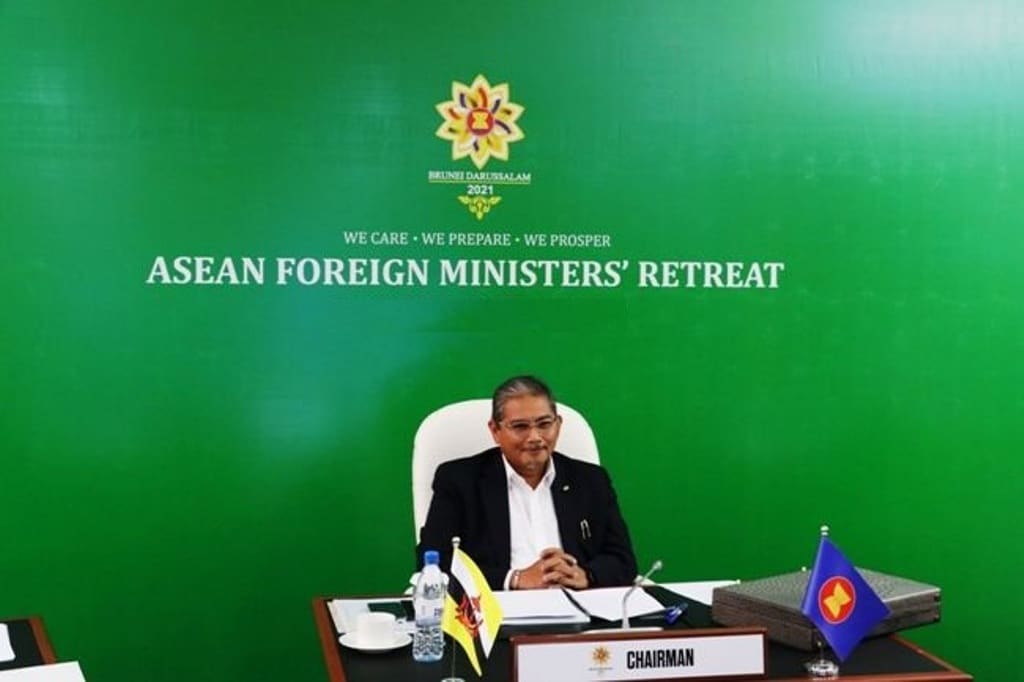 Asean Countries foreign ministers Tuesday agreed to appoint the foreign Minister of Brunei as the Asean’s special envoy to Myanmar, ending a three-month-long tussle among the Asean members.

The decision came as a big relief as Asean is contemplating the next move to provide humanitarian aid to the Covid-19 affected people and those who need immediate health care. Since the coup in February, the public health care system has collapsed as most of the doctors and nurses were on strike and refused to go to work. The international community is worried that the widespread of Covid-19 if the pandemic left unheeded, could spread to half of the 57-million population.

According to the Joint Communique, obtained by the Thai PBS, the situation in Myanmar appeared in paragraph 77. It said that the Asean foreign minister discussed recent developments in Myanmar and expressed their concern over the situation in the country, including reports of fatalities and violence.

Singapore and Indonesia have also called for the release of Daw Aung San Suu Kyi but Myanmar blocked the work. After a long debate, the minister agreed to this statement: “We also heard calls for the release of political detainees including foreigners.” One of the top aides of Suu Kyi is Prof Sean Turnell from Australia who has been imprisoned at the Insein prison. There have been strong appeals from the international community to free him.

The joint communique also welcomes Myanmar’s commitment to the Five-Point Consensus and acceptance for the timely and completed implementation of the Five Point Consensus. Earlier there was fear due to the widely reported possibility of Myanmar not honoring its promises.

On 24 April, Asean leaders held an informal summit in Jakarta to discuss the situation in Myanmar, they agreed to a five-point plan namely:

a) the immediate cessation of violence in Myanmar and all parties to exercise utmost restrain;

b) constructive dialogue among all parties concerned to commences to seek a peaceful solution in the interest of the people;

c) a special envoy of the Asean Chair to facilitate mediation of the dialogue process, with the assistance of the Secretary-General of ASEAN;

d) Asean to provide humanitarian assistance through the AHA Center; e) the special envoy and delegation to Myanmar to meet with all concerned.

The joint communique also welcomed the appointment of Darussalam Erywan Yusof as the special envoy and expressed the hope that he will start. His work in Myanmar includes building trust and confidence with full access to all parties concerned and provides a clear timeline on the implementation of the Five-Point Consensus.

The Asean ministers took note of the support from its dialogue partners the group’s “efforts in the swift and complete implementation of the consensus.